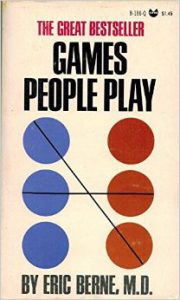 Props to Steve Jobs. Even though he (personally) didn’t invent iTunes, he certainly oversaw the project. (And had plenty to say about it.) Say what you want about the digital music age, but one good thing is that you can make playlists (what people called “mixed tapes” in 1985) in seconds rather than real time.

For some reason, I started thinking about songs with the word “game” in the title. (Don’t ask.) I did a search and realized that the first half of the 1980s had an inordinate number of them. This was several years after Eric Berne’s 1964 book “Games People Play” and Joe South’s hippie anthem of the same name from 1968. (Which has been covered countless times in the ensuing years, including, but not limited to The Georgia Satellites, Tesla and Inner Circle.) Not to mention the Alan Parsons Project’s song of the same name. 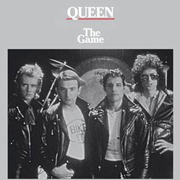 Mid-1980 was a good time to be Queen. The band had just released its biggest hit to date, the Elvis-influenced “Crazy Little Thing Called Love” in advance of its eighth studio (and ninth overall) album The Game. The second single, “Play The Game” was released concurrently with the album; although the previous single (and eventually the album) both would be #1 hits, “Play The Game” only manage to peak at #42.

Despite the moderate success of the second single, there still was some life left in The Game; the third single, the monster funk/rock track “Another One Bites The Dust” also peaked at #1 and became Queen’s biggest hit single, at least on this side of the pond.
Unfortunately, that was the apex of Queen’s career; no future albums or singles (save for “Bohemian Rhapsody,” reissued after vocalist Freddy Mercury’s death in 1991) ever ventured so high on the charts. In fact, after 1982’s Hot Space fiasco, Queen never toured the United States again.

Trivia: One of Queen’s three September 1980 concerts at Madison Square Garden was my first concert experience. 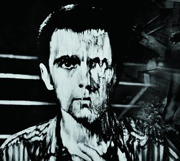 Peter Gabriel has the dubious distinction of having his first three albums self-titled. Whether that was on purpose or he just couldn’t think of appropriate names for them remains an enigma; they are nicknamed Car, Scratch and Melt due to their artwork.

While Peter Gabriel had achieved a solid reputation in the rock world due to his tenure in Genesis, he was hardly a household name. Apart from his debut single “Solsbury Hill,” no track of his was played on the radio. That changed in 1980 when “Games Without Frontiers,” the first single from Melt hit the airwaves.

The unusual song, paired with an equally unusual video, was a large hit in the U.K. (#4), but stalled at #48 in the States, exactly twenty positions higher than “Solsbury Hill.” It would take Gabriel another two years to hit the American Top 40; “Shock The Monkey” peaked at #29 in late 1982.

Trivia: Peter Gabriel reunited with Genesis for exactly one concert in October 1982; the concert was held to pay back Gabriel’s debt for his financially-doomed WOMAD Festival. 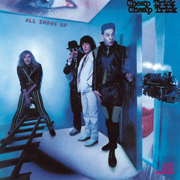 After years of playing every bar in middle America, Cheap Trick finally began to make some noise nationally following their third album, Heaven Tonight in 1978. An unexpected hit with a live album (At Budokan), a hit follow-up (Dream Police), associated singles and tons of touring in support of all these records finally earned Cheap Trick an A-list band crown.

In 1980, the band hired George Martin to produce the important follow-up to Dream Police. While the resulting album (All Shook Up) has its fans (and just as many detractors), upon release, it fared worse than the two previous albums, despite the potential of the band paired with Martin. Far more disturbing, bassist Tom Petersson exited the band after the album was completed, but before it was released.

“Stop This Game,” the first (and only charting) single from the album, opened with the final chord of The Beatles’ “A Day In The Life” peaked at #48, ending the band’s winning streak of hit singles. It would take eight years, which included the return of Petersson and singles written by outsiders before Cheap Trick made a return to the top of the charts.

Kansas, the huge 1970s band from, well, Kansas, found itself in a bit of trouble by the early 1980s. Its brand of prog rock played by hairy guys in overalls, was no longer considered fashionable. (Particularly in the early days of MTV.) To make matters worse, vocalist Steve Walsh elected to go solo after 1980s Audio Visions album and tour.

So in 1982, Kansas’ future was far from certain. With their most recent hit several years in the rearview mirror, the band had to come up with some “A” material. But first there was the pesky task of hiring a new vocalist to replace Walsh. After extensive auditions, the band hired John Elefante and recorded Vinyl Confessions.

Despite the change in members, the band came up with their third biggest hit (after “Dust in the Wind” and “Carry On Wayward Son”) that hit #17, and everybody breathed a sigh of relief. However, none of the reversal of fortune carried over to subsequent singles or the next album, after which the band called it quits. (For three years, anyway.)

Trivia: Rumor has is that Sammy Hagar and future King’s X bassist Doug Pinnick auditioned for the front man role in Kansas. 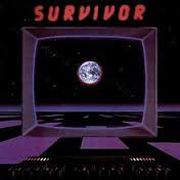 Survivor was founded in the late 1970s by a bunch of veteran rockers, led by ex-Ides of March front man, Jim Peterik. After a couple of moderately successful albums (and one top 40 single, “Poor Man’s Son”), the band hit pay dirt with “Eye of the Tiger” from Rocky 3. “Tiger” was the biggest hit of 1982; it has since become synonymous with training and working out, which is probably why it’s the second biggest catalog song in the digital era. (Journey’s “Don’t Stop Believin’” holds the #1 spot in that category.)

After the successful Eye Of The Tiger album and tour, the band returned to the studio to record its victory lap album, Caught In The Game. While Tiger (the album) peaked at #2 (kept out of the top spot by Fleetwood Mac), Game only managed an anemic #82 and the single only dong slightly better, peaking at #77.

Right when the album was released, vocalist Dave Bickler underwent vocal cord surgery and was replaced by Jimi Jameson. The band went through a second successful act, placing several more singles in the top 40 and producing one of the melodic rock genre’s all-time classic albums, 1984’s Vital Signs.

Trivia: Vocalist Dave Bickler was the voice behind Bud Light’s “Real Men of Genius” ad campaign in the 2000s.