“The music business is a cruel and shallow money trench, a long plastic hallway where thieves and pimps run free, and good men die like dogs. There’s also a negative side.” – Hunter S. Thompson 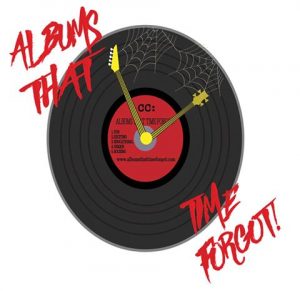 Not every band can release timeless albums on a consistent basis. Even the biggest of bands can put out an album that, let’s say, doesn’t measure up to some of their greatest work. For every “Back In Black,” there’s “Fly On The Wall,” and for every “Heartbeat City” there’s (the dreaded follow-up) “Door To Door.” Even legends (the Rolling Stones and  1986’s Dirty Work, for example) aren’t immune from releasing an album that has no staying power beyond its initial success.

The concept for Albums That Time Forgot was hatched during a family vacation in Rehoboth Beach, Delaware. It stemmed from a different endeavor (currently called the sixteen-year playlist, a story unto itself), in which I, attempted (and as of August 2016, am still ensconced in) listening to every CD I own during my runs. During those runs down to Dewey Beach and back, I realized I was listening to albums that were popular at the time of release, but for whatever reason, have dropped off the radar and had zero staying power. (Great White, anybody?)

So I decided to dedicate a blog that reviews albums that have largely been forgotten, whether it’s been overshadowed by a more popular album by the same artist (No Prayer For The Dying by Iron Maiden), or a forgotten band (Mr. Mister). Some of the posts will be standard album reviews, while others will be thoughts on a particular topic or theme. No band is immune from delivering an “Album That Time Forgot!”

Chris Capelle is a published author, technology expert and music blogger. His hobbies include running, mountain biking, traveling, attending concerts and playing bass guitar. He lives in Connecticut with his wife, children and multiple pets.