For some bizarre reason, in the mid/late 1980s, a series of one-off male/female duets topped the singles charts in America right around Thanksgiving. Three years in a row; 1985 -1987, no less. What does that say about the 1980s? What does it all mean? Probably nothing.

Duets are a funny thing. In most cases, it’s a one-off attempt to pair two stars hoping for a hit song bigger than either artist could attain on his/her own. (“Enough is Enough,” anybody?) It usually ends up being a terrible song that brings out the worst in both artists (if that’s entirely possible). It also usually has a sum of less than all the parts. And if it’s successful, it ultimately ends up on “Time Life presents hits of the 1980s” box set infomercials hosted by Air Supply.

So carve the turkey, pass the mashed potatoes and cue up some duets!

In 1985, it was hard to find a star bigger than Phil Collins He had a hell of a year: It started out with a duet with Phillip Bailey (“Easy Lover”) that peaked at #2 on the charts. (Damn that Foreigner band and “I Want To Know What Love Is”), followed by his No Jacket Required monster album, three more top ten singles. (Two of which hit #1.) He also guested on “Miami Vice,” performed at Live Aid (both the London and Philadelphia concerts) and produced and played on Eric Clapton’s Behind The Sun. (OK, the guy was a workaholic and no wonder he’s thrice divorced, so read his memoir Not Dead Yet to find out all the sordid details.)

After the third No Jacket Required single (“Billy Don’t Lose My Number”), he released a non-Jacket song – a duet with Marilyn Martin (who?) from the overly-long Taylor Hackford film, “White Nights.” (Actually, the phrase “overly-long Taylor Hackford film” is redundant.) I did see the movie in college; the only thing I remember about the film was Baryshnikov attempting to flush his passport down the airplane toilet when he realized the plane was going to make an emergency landing in the Soviet Union. (Ah, the Reagan years.)

“Lives” became of the first of two #1 hits from “White Nights” – “Say You, Say Me” by Lionel Richie occupied the top slot a few weeks later. But things just got bigger and better for Phil: His No Jacket Required album lobbed off another hit (“Take Me Home”) and by the time “Lives” topped the chart, he was busy working on Genesis’ Invisible Touch album, which would have hit after hit released from it. (Not to mention two more #1 hits from “Buster,” another solo success, another Genesis album…)

As for Marilyn Martin, she got the “John Parr” treatment in the music world – both artists had a huge soundtrack song and one lesser hit and all future attempts never went anywhere commercially. She released a solo album the following year and had a minor hit with “Night Moves” (not the Bob Seger song), coincidentally co-written by the aforementioned John Parr. Today, she’s a full-time realtor in Nashville and pursues music on the side.

Fun fact: “Separate Lives” was not a Phil Collins original; it was written by Stephen Bishop. Bishop, a songwriter and performer, had a few minor hits in the 1970s; however he best remembered for being the “Charming Guy With Guitar” in 1978’s “National Lampoon’s Animal House” who drew the ire of John Belushi’s Bluto character.

Traveling further down this awful road, you’ll find 1986’s contribution to the duet process. Freshly departed from the high-flying Chicago (and newly-minted solo artist) Peter Cetera followed up his #1 hit “The Glory of Love” (from “The Karate Kid II”) with another #1, “The Next Time I Fall.” His duet partner was Christian pop vocalist Amy Grant, who was attempting to break into the (far more lucrative) secular music market.

The result was another hit for Cetera and the introduction of Amy Grant to mainstream pop America. This cumulated (five years later) in Grant’s “Baby Baby,” perhaps the worst #1 of the era. (And that includes hits by Paula Abdul and MC Hammer.) The less said about Amy Grant, the better!

Worse of all was “(I’ve Had) The Time Of My Life” from 1987’s “Dirty Dancing.” Performed by Bill Medley (50% of The Righteous Brothers) and Jennifer Warnes (who had a 1982 duet hit with Joe Cocker), the song (along with the move and its soundtrack) became a huge hit in the Fall of 1987.

For some strange reason, the entire “Dirty Dancing” phenomenon (remember that?) had staying power and became a bigger deal than anybody could’ve anticipated. Fortunately, I never saw it in its prime. (Reminds me that I never saw the Broadway play “Cats” either. A girl I was dating in college in the 1980s wanted to take me to see it – now and forever – on my birthday, but mercifully we had a fight and we ended up not going. There IS a God!!)

But one unfortunate night the following year or so, I was doing nothing on a Saturday night and noticed that “Dirty Dancing” was on one of the cable channels (Showtime or Cinemax, I imagine) at my parent’s house (where I was living at the time), so I opted to watch the movie.  The only reason was because it had such an impact on popular culture that I felt I should see it to understand what everybody was talking about, but also because there was nothing else going on that particular Saturday night.

Unfortunately, the movie was so “lowest common denominator” and totally dumbed down by piling on cliché upon cliché that I never forgave myself for watching it. Ugh, that was 100 minutes of my life that I’ll never get back. Worse – there were a few more hits (“Hungry Eyes” and a second act of “Do You Love Me?)” from the film. The torture took a long time to go away. 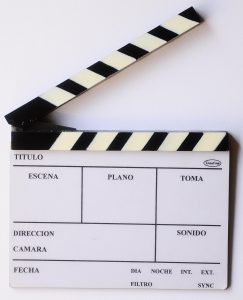 Great music and movies go together like, well, great music and movies. More than a few of the most iconic songs of the rock era began life as soundtrack music, including “Rock Around the Clock,” “Help!” and “Eye Of The Tiger,” among many, many others.

One of the most effective places to put a centerpiece song is at the outset of the film, right before the credits roll, or perhaps during. (Sorry kids, but Celine Dion didn’t invent that trick in “Titanic.”) You figure people have just sat through the entire film, so why not give them the hit song they’ve all been waiting for? So, without having to sit through a two-hour move, here are three effective film-closing tracks:

The Graduate (1967)
The Sound of Silence (Simon & Garfunkel)

The Graduate is one of those movies either you love or you don’t get it. It stars a not-so-young Dustin Hoffman (aged 30!) as the confused and naïve college graduate who has an affair with the much older Mrs. Robinson. The entire Robinson affair (mainly the hotel room picture) has become an iconic part of American 1960s culture.

The song “The Sound of Silence” has an unusual history. Originally recorded and released in 1964, it was a dismal failure. With no input from Simon & Garfunkel (who had ceased working together after the “lack of success” – a mere 3000 copies sold- of their first album), the song was “beefed up” with additional musicians and rereleased in late 1965, and it become the first #1 hit of 1966.

In the 1960s, it wasn’t common practice to use a “catalog” song in a movie. Further oddities abound here; the same song also serves as the intro music in the movie. And to mess with our heads some more, in some instances it is referred to as “The Sounds of Silence” while in others as “The Sound of Silence.” And just to be further annoyed, the closing track is a heavily-edited version of the song.

One of the greatest movies of the 1980s, certainly an all-time cult classic. “Repo Man” starred a pre-Brat Pack Emilio Estevez as a directionless punk rocker turned ace repo man. Like “The Graduate,” you tended ether to love it or not understand it at all. Life of a repo man is ALWAYS intense!

The Plugz were a Latino punk band from Los Angeles, whose biggest claim to fame is for the Repo Man soundtrack. (Their Spanish language version of “Secret Agent Man” – “Hombre Secreto” – is featured earlier in the film.) Unfortunately, the band wasn’t able to capitalize on any notoriety from “Repo Man:” The band broke up right around the time the movie was released.

I remember sitting around with my friends having a few beers and watching this movie every couple of months. The movie never gets old. And I’m STILL fining new stuff I’ve never noticed before!

One of the bleakest movies of the 1980s had one of the most slamming soundtracks. Where else could Slayer, Aerosmith, Poison, Joan Jett and The Bangles, among others, peacefully coexist? “Less Than Zero” was a slice of life of the extremely rich and decedent post-high school crowd.

There are several highlights on the soundtrack, but the best is the film’s closing number, “Life Fades Away.” Written by the odd couple of Roy Orbison and Glenn Danzig, the haunting song provided the perfect sonic thrills for the end of “Less Than Zero.”

My time has come, the clouds are calling
December wind has come my way
And now I feel the will falling
All at once it’s too late
Life fades away

The Good, The Bad and the Ugly (1966)
The Ecstasy of Gold (Ennio Morricone)

Although it wasn’t played in the final scene or over the credits, Ennio Morricone soundtrack for “The Good, The Bad and The Ugly” must, by law, be mentioned here. In the “Ecstasy of Gold” scene, disparate audio and visual merged into something greater to the sum of the parts. Cinema at its finest! (That sounds pretentious and overly serious, doesn’t it?)