February is the month of love, or at least the month of Valentine’s Day. That’s the “holiday” when people spend way too much money on roses, candy, strawberries dipped in chocolate, lingerie, et al. Fun, eh? But for every happy relationship, there’s the flip side; a heartbreaking split.

As long as people have made music, there have been songs about love and happiness. And then came the songs about relationships that have crashed and burned. There are bouncy, feel-good pop songs that tell the entire story in the title (“Breaking Up Is Hard To Do”), emotive 1970s schlock (“All By Myself”), 1980s power pop nuggets (“The Breakup Song”), no-lifeguard-on-duty tirades (“In The Air Tonight”) and bitter anthems that are actually quite funny (“Love Stinks.”)

So in honor of St. Valentine, I have found the three most depressing breakup songs in my music library.

Serving as both drummer and (quite often) lead vocalist for the Eagles, Don Henley was already a known quantity when he released his first post-Eagles album in 1982. Although I Can’t Stand Still was moderately successful, it was 1984’s Building The Perfect Beast (and its lead single and video “The Boys Of Summer”) that made him a solo superstar.

Track 4, the country-tinged “You’re Not Drinking Enough,” was penned solely by guitarist (and co-producer of Beast) Danny Kortchmar. It addresses an obviously heartbroken man, who, not able to forget his latest relationship (who, admittedly, was not anything special), needs to be reminded, if he’s not over her, that the problem is that he’s simply not drinking enough. (Hopefully, he’s not driving home.)

Though never released as a single (and overshadowed by Beast’s hits “The Boys Of Summer,” “Not Enough Love In The World,” “All She Wants To Do Is Dance” and “Sunset Grill”), the song later became a modern day country classic when covered by Canadian artist Matt Minglewood.

Trivia: Sam Moore (the Sam of the legendary Sam and Dave) sings harmony vocals on “You’re Not Drinking Enough” 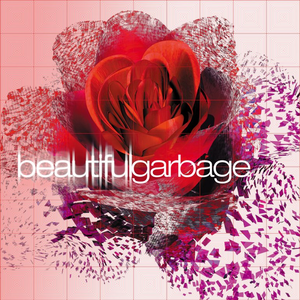 Alterna-babe Manson attracted attention not only due to her unique looks, but also to her somewhat disturbed lyrics. Who else could only be happy when it rains? No matter how much of a downer the lyrics (and sometimes the music) were, the band has sold more than 17 million albums and has scored countless hit singles worldwide.

“Cup Of Coffee” is a first-person account of an obsessed ex-girlfriend, bordering on stalking. (We’ve all had one of those, right?) But rather than risk a confrontation, she’s content wallowing alone in her misery. Like Don Henley, Garbage’s most depressing song was never issued as a single.

Trivia: Unlucky? Three of the band’s six albums have peaked at #13 in America.
(Self Serving) Trivia: I was at the concert where this video was filmed. 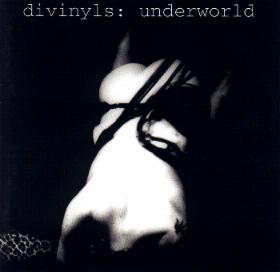 The Divinyls – a band from Australia – were regulars on college radio and MTV’s 120 Minutes for their first three albums (1983’s Desperate, 1985’s What A Life! and 1988’s Temperamental), but were not able to break through to the mainstream. (Maybe they were a little too edgy for middle America,  but that’s just my guess.) Whatever the reason, they spent most of the 1980s trapped in cult status.

All of that changed in 1991, when the band (now reduced to the duo of vocalist Christina “Chrissy” Amphlett and guitarist Mark McEntee) finally hit the top ten in America with the not-so-subtle female self-love and self-satisfaction anthem, “I Touch Myself.” Suddenly, the band were stars, all over radio and MTV; most listeners were blissfully unaware of the song’s true nature. (File next to Idol, Billy: “Dancing With Myself” and Lauper, Cyndi; “She Bop.”)

Unfortunately, after that belated success, the band had only one more album left in them, 1996’s Underworld. While the five-year gap between releases probably didn’t help, Underworld didn’t exactly burn up the charts (and never was released in the States and some other territories), it did contain the heartbreaking, straight-to-the-point “I’m Jealous.” The song features the protagonist asking her former flame “What’s she got that I don’t? What she do that I won’t?” Wow…

Like Fleetwood Mac and ABBA, the key members of the Divinyls were a couple during a large portion of their time in the band; similar to those bands, it didn’t work out and ultimately had a negative overall impact on their career. The band split shortly thereafter and the two didn’t speak to each other for over a decade. Sadly, Chrissy Amphlett passed away in 2013, after suffering from MS and breast cancer.

Trivia: The Divinyls regrouped in 2007 for one final single.