The only constant is change, and bands change members all the time. It can be different, but just as good (Brian Johnson for Bon Scott; AC/DC); sometimes it’s a wash (Timothy B. Schmidt for Randy Meisner; Eagles); while other times it makes the purists crazy (Mathias Jabs for Uli Roth; Scorpions).

Then there’s the old “there’s nothing wrong with the replacement, we just want our old guy back” situation (Jimmy Crespo for Joe Perry; Aerosmith); the par for the course replacement (anybody not named David Coverdale; Whitesnake); and when it’s so late in the day that it really doesn’t matter (Lawence Gowan for Dennis DeYoung; Styx). But sometimes somebody is so bad (or ill-fitting) of a replacement player that it actually brings everything to a screeching halt.

Let’s take a look at changes in a different type of entertainment, the television industry; specifically the long-running sitcom, M*A*S*H. Actually, M*A*S*H started life as a novel, was made into a movie and finally a hit TV show. Talk to any of the purists, and they’ll tell you it was the first three seasons are the only ones that matter. Once Henry Blake and Trapper John checked out, the show lost its edginess and got all preachy as its tone mirrored the moral outrage of its stars. There was talk of “character development,” and everybody started getting all politically correct and self-righteous on us. Miles away from the hard drinking, skirt chasing antics of the original characters.

The worst part of all of this was that it was dumped on us suddenly; not gradually, as in Bruce Springsteen’s transformation from everyguy rocker to an unpleasant, bitter little man, scolding anybody who disagrees with him. It’s also important to note that Mike Farrell had two seconds of fame before M*A*S*H (as a waiter in “The Graduate”) and exactly zero seconds of fame after it ended its run. Shows you exactly how much appeal that guy had…

But back to the music! Here are the five of the most ill-fitting replacement replacements (along with one bonus award). In all instances, the new guy was replaced by the very same person HE replaced. 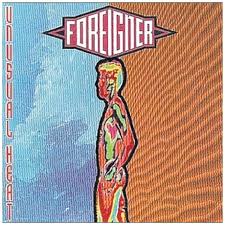 Why he failed: If Foreigner’s history was any indication, Lou Gramm bailing wouldn’t derail the band; there were some personnel changes that lopped a couple of deadwood members off, and in a case of addition by subtraction, the band became more successful than ever. Besides, guitarist Mick Jones helped produce 5150, the album where David Lee Roth was replaced by Sammy Hagar. That looked easy and worked out well – what could possibly go wrong?

Everything, as it turned out. Despite Foreigner being the poster child for “faceless corporate bands, Gramm was more vital to the sound of the band than insiders thought. And, although Edwards was a capable vocalist, the songwriting and production bordered on dull. very dull. As in Brian Howe-era Bad Company dull. Fortunately, the following year, Jones and Gramm teamed up again, although their second act didn’t produce any memorable material.

Vital Stats:
Albums: One (Unusual Heat, 1991)
Tours: One
Replaced by: Lou Gramm
Embarrassing moment: Edwards is no longer in the music industry – he now punches the clock in a tech industry cube farm. 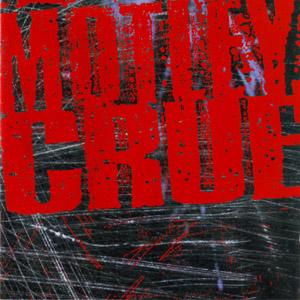 Why he failed: Probably more of a case of bad timing than anything else. Vince Neil’s departure came at a strange time. The band had recently released Decade of Decadence, its follow-up to its #1 Dr. Feelgood, as well as signing a huge new contract with Electra. The replacement? Former Scream (who?) frontman John Corabi.

Although a superior vocalist to Neil, nobody could accept Motley’s new, serious material or the new image. The album came out nearly five years after Feelgood, and the music world had changed greatly since then. Needless to say, the album tanked, the tour suffered and record company pressure forced the band to reinstate Neil. Like Foreigner, the reunited band never came anywhere close their former glories. Motley Crue officially disbanded in 2015.

Vital Stats:
Albums: One (Motley Crue, 1994)
Tours: One
Replaced by: Vince Neil
Embarrassing moment: Nikki Sixx called Crue’s one album with Corabi “very unfocused” and that writing for it was “painful.” 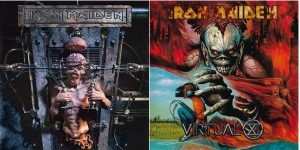 Why he failed: Along with Judas Priest’s Rob Halford, Iron Maiden’s Bruce Dickenson is one of the rare, top-tier metal vocalists. How do you replace him? You don’t. But unlike Priest, who went with a Halford vocal clone, Maiden took another route altogether; they replaced “the air raid siren” with a singer whose tone was closer to Type O Negative territory than anything that resembled the legacy of Maiden’s golden decade.

Remarkably, there were hundreds of tapes from wannabes to the throne; how Bayley got picked is still a mystery. But unlike the other bands here, Bruce Dickenson has no issue with performing a couple of the Bayley-era songs in concert. 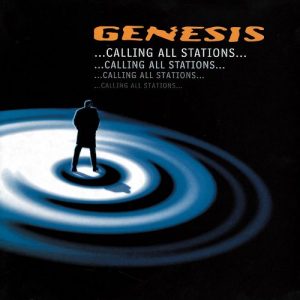 Phil Collins was a ubiquitous force in the 1980s. Despite not being the most dynamic vocalist, his voice, drums and production work ruled the decade. Between Genesis, solo work, sideman and his production efforts (Eric Clapton, Frida, Phillip Bailey, et al), he’s sold close to 200 million albums. 200 million. So, it’s no wonder, when he gave his two weeks notice with Genesis, it would be damn near impossible to replace him. Really, it would have to be TWO replacement players, as Phil also served as Genesis’ drummer.

Not that the remaining members of Genesis didn’t try. For the same unknown reasons that Maiden picked Blaze, Genesis went with Ray Wilson. His voice didn’t suit the old material (to be fair, he did better with the Peter Gabriel-era songs than the Collins stuff), and just as bad, the two new guys looked liked the grandchildren of the two Genesis geezers. 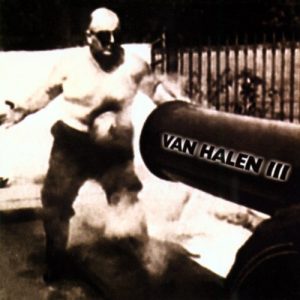 Unlike Foreigner, Crue, Maiden and Genesis, Van Halen brought in a replacement that was already famous with his previous band, Extreme. (Worked for VH the first time, right?) Noted for 1991’s atrociously wimpy #1, “More Than Words,” Extreme had a B-list rock band career of its own until it imploded following its failed Waiting For The Punchline album and tour in 1995.

Meanwhile, Van Halen was going through its own set of problems; issues with Hagar and a botched reunion with Roth led the band to seek a new vocalist. While there were rumors that heavyweights David Coverdale and Sebastian Bach had auditioned, the gig eventually went to Cherrone.

As all the other scabs mentioned in this blog found out, walking into a band with such a huge legacy (not to mention two iconic vocalists) was a no-win situation. Cherrone is a talented singer; his ability behind the mic was never the issue. It was all about the weak material on Van Halen III and the impossibility of following up two legendary singers.

Vital Stats:
Albums: One (the misleading-titled Van Halen III)
Tours: One
Embarrassing moment: The closing track on the album was sung by Eddie Van Halen.

Bonus! The late-to-the-party addition guy (A.K.A. The Max Klinger award)!

Tomes have been written about Guns n’ Roses, so there’s no need to repeat any of that here. But, back in the pre-internet days of 1991, there was a huge street-level buzz about the impending GNR albums. When they finally arrived with great fanfare in September of that year, the lineup on the inside artwork was different.

Sure, we all knew about the new drummer (drug use was tolerated, but apparently Steven Adler snorted that line after crossing it), but when the CDs finally arrived, we eagerly pored through the artwork. Then upon opening it and seeing the picture of the band, we all asked the same thing; who exactly was that sixth guy sitting there?

Turns out it was Dizzy Reed – a keyboard player. Keyboard player? GNR needed a sixth member like Hillary Clinton needs any more scandals. Turns out Reed, a player in a comically large number of failed bands in the 1980s, was Axl’s little lackey, the only member of the band that didn’t quit or get fired post-1993. So Reed gets the “Max Klinger award,” a late addition that nobody liked, didn’t do anything to further the cause, just somebody who had to be dealt with because they were there.