I remember the days when twelve-inch vinyl records were commonly referred to as an album. That association became so ingrained with records that some people laughed when CDs were referred to as “albums.” These people missed the big picture: According to the dictionary (the one found on Macintosh computers anyway), an album is defined as “a collection of recordings issued as a single item on CD, record, or another medium.”

Good enough answer, I suppose. The 33 1/3 LP record was invented in 1948; for the first 18 years (or so), that’s all records were; a collection of recordings. As far as pop (and rock) music was concerned, the 45 was king. The album was an afterthought; the songs on an album that weren’t the hits were treated in the same regard as the flip sides to singles.

Then somewhere around 1966 (or so), rock music began to get serious; artists like The Beatles, The Kinks, The Beach Boys and The Who (among others) realized that an entire artistic statement wasn’t limited to the confines of a 7″ 45 RPM record, but to an entire 33 1/3 RPM album. These artists began making records that weren’t simply a couple of hits and a bunch of other songs that weren’t hits, but were a unified collection of songs, each of which was important to the entire statement. 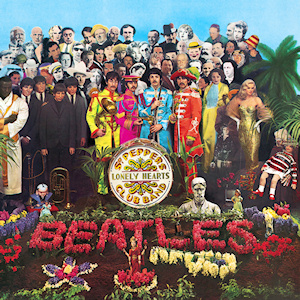 “A Day In The Life”
The Beatles
From Sgt. Pepper’s Lonely Hearts Club Band (1967)

Released on June 1, 1967, Sgt. Pepper (and especially its epic closer, “A Day In The Life”) sounded like nothing else that came before it. The song was John Lennon’s trippy take of stories in a newspaper, including a fatal car crash (the consensus is that the victim was Tara Browne, heir to the Guinness fortune), black holes and a film. (Lennon had recently finished filming Richard Lester’s “How I Won The War”.)

The band’s decision to stop touring and put all of their creative efforts to work in the studio paid immediate dividends. The first post-Candlestick Park gig single, “Strawberry Fields Forever” b/w “Penny Lane” provided the world with one of the greatest singles ever. The band hunkered down in Abbey Road studios and immersed themselves in sonic experimentation. George Martin’s use of echo, the manic drums of Ringo Starr and the wildly innovate use of a symphony orchestra building to climax before Paul McCartney’s “Woke Up” middle eight. Then the songs goes back into the original format, and ends with the obligatory drug reference (“I’d love to turn you on”). And the song concludes with the world’s most famous crashing piano chord – one that seems to go on forever.

Trivia: The final chord in “A Day In The Life” is E major. 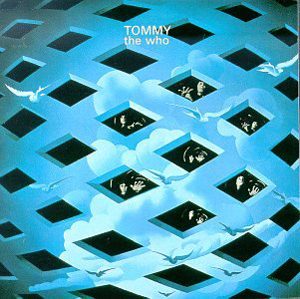 With the possible exception of Pink Floyd’s The Wall, Tommy is most celebrated double LP concept album. Tommy, the two-LP album was the brain child of Pete Townsend, The Who’s manic lead guitarist. It told the story of the deaf, dumb and blind kid who played pinball. There were other famous characters; The Acid Queen, Uncle Ernie and Cousin Kevin, among others. Even with a libretto, the story is so dense and complex that the average listener is unable to follow it, much less explain it to others.

No matter. Despite the walls-of-Fort Knox-density of the storyline, the masses have eaten up the album, movie, movie soundtrack, Broadway play, Who tour…It’s no wonder that The Who have milked the hell out of the concept. The greatest moment of the album lies in the second half of the final song; the “See Me Feel Me” section.

While rock fans were crowing over the goosebumps from listening to Crosby, Still and Nash (whose debut was released the same year), they certainly overlooked the equally stunning vocal gymnastics of The Who. And listen to Keith Moon’s chaotic yet restrained drumming!

Trivia: The Who played “See Me Feel Me” at sunrise while appearing at Woodstock on August 17, 1969. 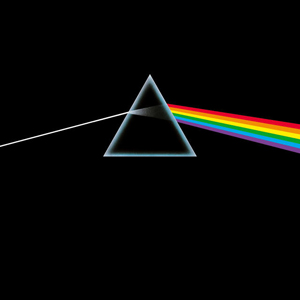 Britain’s Pink Floyd started life in the mid-1960s as a standard blues band; within a couple of years, led by acid casualty Syd Barrett, it became one of the front runners of the late 1960s psychedelic rock scene. While early Floyd material misses more times than it hits, the band took a great leap forward when it gave its catatonic and marginally-functional leader Barrett the Spanish archer; his replacement David Gilmour was a far better (if not entirely dependable) replacement. Although the money was on keyboardist Richard Wright to assume leadership of the unit, it was bassist Roger Waters that took over, eventually assuming the title of control freak.

Still, it took a few more years (and a few more painful albums) before Floyd made its great statement with Dark Side Of The Moon. The album, whose songs were all based on the passage and time and mental instability, not a common topic in popular music. (There would be plenty more of songs based on those things later on down the line.) Technically, “Brain Damage” and “Eclipse” are two separate songs; but in the grand rock radio tradition, they’re almost always played together.

The band only could manage to release three more albums (including the double LP The Wall) in the following decade; the ensuing split was one of the most bitter divorces in rock. Gilmour, Wright and drummer Nick Mason eventually regrouped as Pink Floyd, while Waters forged ahead with his solo career, releasing music as prickly as himself. None of the subsequent Floyd albums (Wish You Were Here, Animals, The Wall and The Final Cut) had anything close to an epic ending. (In fact, The Wall contains perhaps the lamest ending of any rock album ever. And that includes albums by Warrant and Poison.)

Trivia: The supposed connection between “The Wizard of Oz” and Dark Side of the Moon is false. Stay in school, kids, and keep away from drugs! 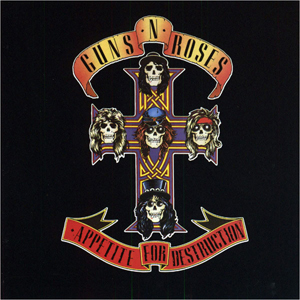 Unlike Sgt. Pepper, Tommy and Dark Side, Appetite For Destruction isn’t a concept album; it’s a collection of songs with no intertwining storyline. And unlike The Beatles, The Who and Pink Floyd, who all took several albums to get to this point, Guns n’ Roses did it with their debut album. Unfortunately for the Guns, they blew their load early and none of their subsequent releases could come anywhere near the level of Appetite.

Appetite contained songs about arriving to seedy underbelly of Hollywood (“Welcome To The Jungle”), smack addiction (“Mr. Brownstone”), no holes barred sex (“Anything Goes”) and the breakfast of champions (“Nighttrain”). While the world remembers the album for its hit singles: “Jungle,” “Sweet Child O’ Mine” and “Paradise City,” the real centerpiece of the album is the closer, “Rocket Queen.”

Featuring the (reportedly real) moans and groans of Axl Rose and a “friend” having sex, “Rocket Queen” is as dark as sackcloth, yet after Saul Hudson’s (a.k.a. Slash) manic guitar solo, the song goes into perhaps the poppiest portion of the album (excluding “Child”) and ends with an unexpected (if not entirely uncharacteristic) statement of love and concern. A real change from the dark music and lyrics that came before it. It is extremely powerful stuff. If the book of Revelation had a soundtrack, “Rocket Queen” would be it.

Trivia: Appetite For Destruction took thirteen months after its release to top the Billboard charts. (The first of three stays at the top in 1988 – 1989.)